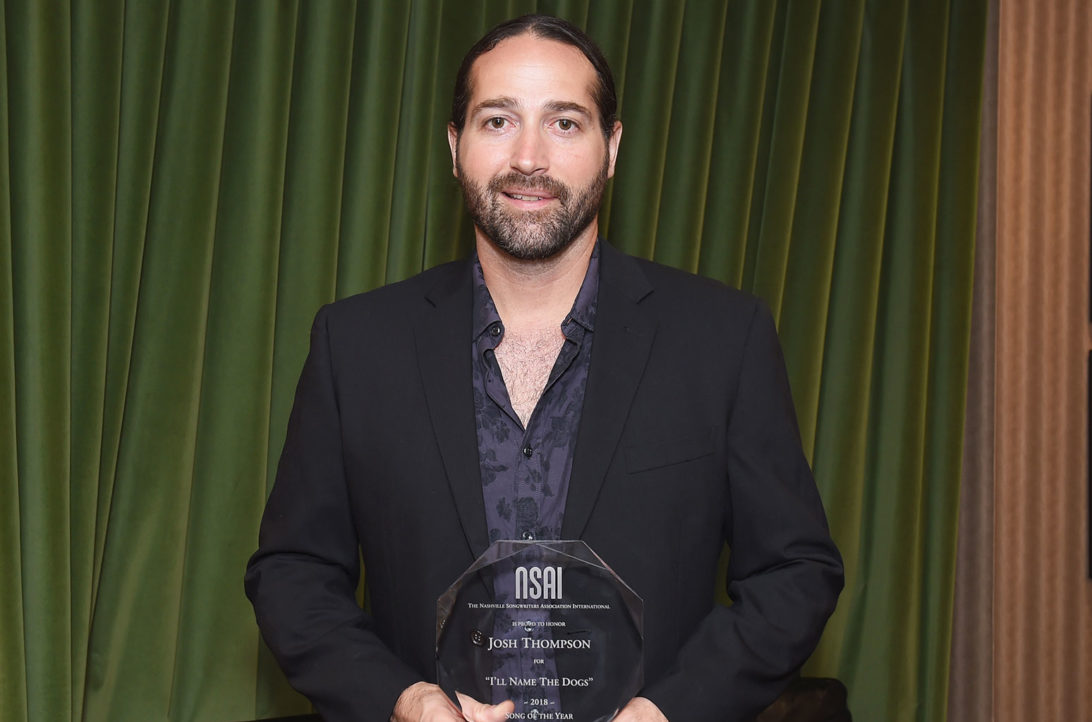 When Luke Bryan‘s “One Margarita” rose to the top of Billboard‘s Country Airplay chart dated July 11, he was hardly alone in celebrating.

Universal Music Group Nashville, two producers and three songwriters had reason to break out with the champagne — or, more appropriately for this song, tequila — but so did several music publishers, including upstart MV2 Entertainment, which practically crashed the party. “Margarita” was one of six songs that MV2 had on the chart as recently as June 27, a significant number for a publisher that’s only 5 years old, and it’s a title that fell into the company’s lap through a strategic acquisition.

Josh Thompson signed to MV2’s roster when his contract with Big Machine Music ran out, and the company also purchased Thompson’s publishing entity, Two Laine Collections.  The deal, announced in March, was timely. He cowrote four of the MV2 titles that charted in June on the country list: “One Margarita,” Thomas Rhett‘s “Be a Light,” Jon Pardi‘s “Ain’t Always the Cowboy” and Tyler Farr‘s “Only Truck in Town.” Thompson ranked No. 1 on the Country Songwriters chart for five straight weeks through the July 25 list (see page 13), and his signing sent a message that MV2 was serious about being in the game.

“We are at a major turning point,” says MV2 GM Tony Harrell. “I would call it chapter two of MV2.”

The fact that chapter one ended on an upswing is already good news for MV2. Publishing companies typically require a lot of investment, and the process of signing and developing new talent, providing the time for them to develop copyrights, get them recorded, market them and then get paid can take years. Harrell, a Nashville session keyboardist (Tim McGraw, Dustin Lynch), had written songs but never worked in publishing. CEO James Archer is a highly successful Texas oilman and a hometown buddy of Harrell.

“Most of my friends thought I was absolutely crazy because we typically see these companies that start up and within three to five years, they fold up or some other company absorbs them and they end up with a debt and no success,” says Harrell.

It also lacked some other built-in advantages that are often part and parcel of a successful indie publisher. For example, Big Machine operates under the Big Machine Label Group umbrella. Sea Gayle, which developed its own label, was started by a well-connected artist, Brad Paisley. MV2 launched on May 1, 2015, with semi-naive confidence and a pledge that sounds nothing like the stereotypical views of either the music or energy industries: MV2 stands for “Mission, vision and values,” and the word “integrity” is prominent in the company’s description.

That resonated with Thompson.

“That’s a word that isn’t really thrown around in the music industry, so to speak,” he says. “But it’s a part of [Archer’s] character and the companies that he builds.”

Harrell likens MV2’s construction to that of a professional sports franchise. In one extreme comparison, baseball’s Arizona Diamondbacks started as an expansion team in 1998. It was mediocre, at best, that first year. But some internally developed talent, strong management and key free-agent signings brought the team a World Series title in its fourth year of existence.

MV2 similarly built upon a small initial staff, adding Thomas Archer (no relation to James Archer) in its second year and providing him time to develop. He now owns two of the company’s curent-charting singles: Luke Combs‘ “Lovin’ on You” and Jason Aldean‘s “Got What I Got.” Senior creative director Mike Whelan, a 35-year publishing veteran, and creative directors Ben Strain and Nicole Sherill provided established cred to the staff. And the company bought a publishing catalog from Natalie Hemby that included the award-winning Kacey Musgraves song “Rainbow” and yielded a No. 1 single with Pardi’s “Heartache Medication.” A Hemby-penned Kelly Clarkson track, “I Dare You,” also appeared on the Billboard Hot 100.

Whelan and Strain were being courted elsewhere when they left ole music for MV2, and they joined in part because they were impressed by James Archer’s promise to give them what they needed. Whelan admits to a “freak-out moment” in his early days at the company, though Archer lived up to his pledge the first time they signed a new staff writer.

“Part of the disconnect I had at major corporations is when deals came up, it would take sometimes six to eight months to get the deal done,” recalls Whelan. “It became hard to make the deal work because you were in limbo world for so long. And the first writer we signed [at MV2], we did it in 30 days. What a breath of fresh air that was.”

Thompson, explains Whelan, is the “horse” that’s pulling the MV2 wagon at the moment, much like Randy Johnson was the horse of the Series-winning Diamondbacks squad. Thompson relishes the role — he talks, as well, about the desire to “build a roster of people that are going to be tomorrow’s hit writers” — but even as the team looks to the future, it can’t resist pausing to celebrate its good fortune at the five-year mark.

“Trying to build a publishing company from the ground up is probably tougher than it’s ever been,” says Whelan. “It’s always been incredibly, incredibly tough to build it from song one, but in today’s climate, it is quite a feat.”