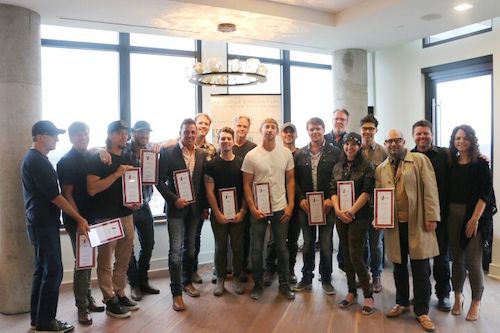 On Monday, September 11th, the Nashville Songwriters Association International (NSAI) honored Nashville associated songwriters for their songs that topped the charts between April – July 2017. Among the writers, Thomas Archer was honored for his #1 song, “Hurricane.” The song was co-written with Taylor Phillips and Luke Combs, while also recorded by Luke Combs. It topped the Mediabase and BillBoard Country Radio Charts in May 2017. During the cermony, each writer was honored with an award presented by NSAI President, Lee Thomas Miller and NSAI Director of Professional Membership and Events, Shelby Yoder.