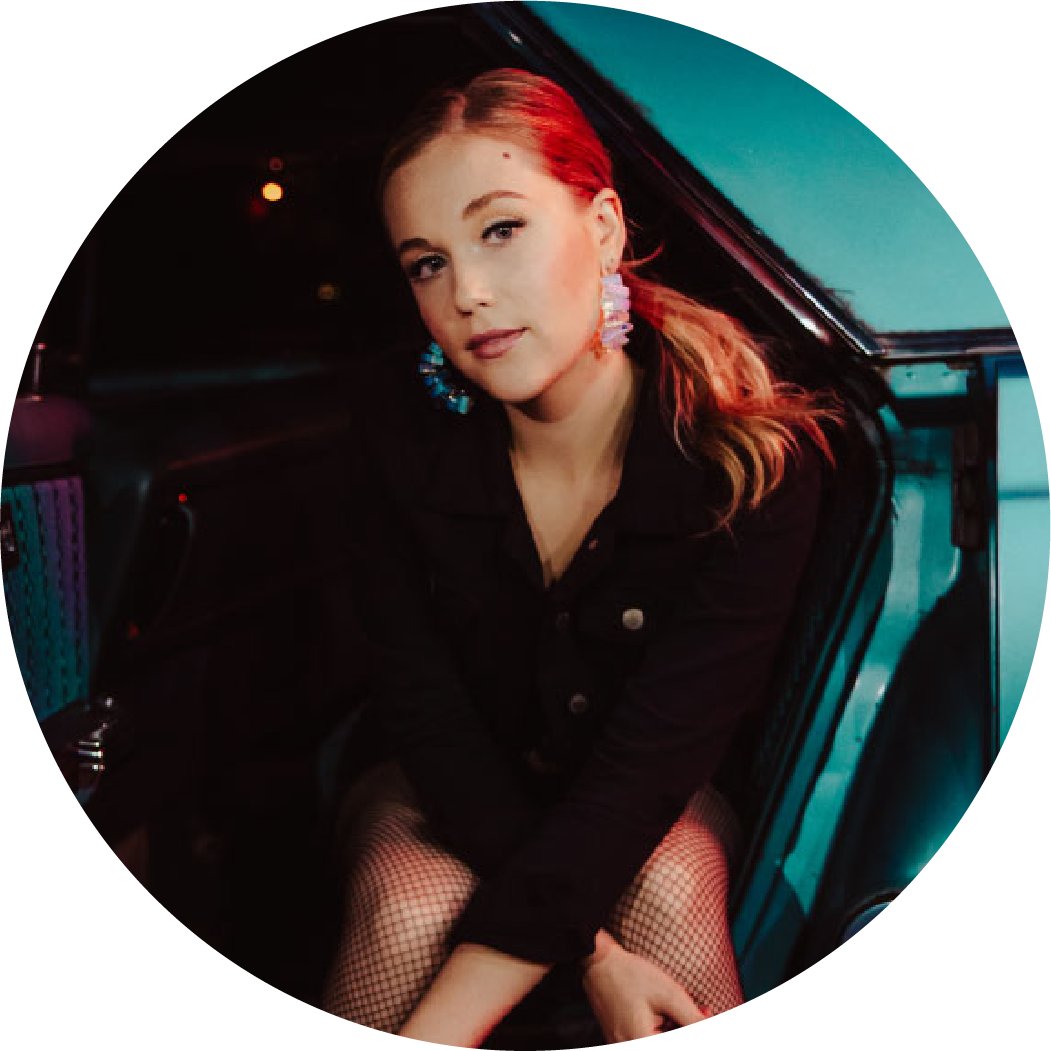 Nora Collins brings a confident and youthful originality to country music – a style she describes as “fun, flirty, relatable and honest.” That individuality is evident in her new EP, Strings. Each catchy song captures her energetic spirit and her talent for songwriting.

Her dynamic music has already gained the attention of CMT, Radio Disney, and the iconic music festival Summerfest in Milwaukee. Collins played 18 Summerfest sets across 11 days in 2016, then landed a spot on the main stage in 2017 and 2018 as direct support for national-level country artists.

“Being a Milwaukee girl, this is a dream come true for me,” says Collins, who was born and raised in nearby Brookfield, Wisconsin. “That was the stage I grew up going to, to see my favorite bands play. In a way it made me feel like I am ‘making it.’”

Indeed she is. In her first journal as a little girl, Collins dreamed about becoming a singer on Broadway. As a fourth grader, she started taking vocal lessons after some encouragement from her church’s musical director. However, the vocal coach was trained in musical theater and classical singing, struggling in vain to get the twang out of Collins’ delivery.

“I think it’s always just been in me to go towards country music,” Collins believes.

A first attempt at guitar lessons at 14 unraveled when the instructor tried to teach scales and musical theory. What Collins really wanted was to learn how to accompany herself on acoustic guitar while singing a few songs she’d written. After switching teachers, the songs started flowing – suddenly she could play the melodies she’d crafted in her head. Her parents suggested that she record a couple of the songs as keepsakes. Fortunately her uncle had studied music in college, so he helped with some simple multi-track recording at his house, while also playing some piano parts. Another uncle came by to play electric guitar. Needless to say, Collins was hooked.

At 15 years old, she started booking shows for herself, singing every Friday and Saturday night at a local sandwich shop. After graduating from high school, she picked up a lunchtime gig while balancing college part-time. In time she’d recorded four independent albums, leading to local country station WMIL playing her music. Regular customers at the restaurant hired her for private gigs and parties, while regional fairs and festivals frequently added her to their performance lineups.

Collins has claimed multiple wins as the Best of Milwaukee Awards’ female vocalist (2013-2016) and best acoustic musician (2013-2015). In addition, she has received eight Wisconsin Area Music Industry (WAMI) award nominations, leading to wins as singer-songwriter of the year in 2014 and rising star in 2012 and 2013.

Collins moved to Nashville in April 2016 after landing a publishing and artist development deal with MV2 Entertainment. After co-writing with several notable Nashville songwriters, she released a five-song EP with MV2 in 2016, followed by a Christmas project in 2017. She released her new EP, Strings, in November 2018. On this project, she worked with accomplished producer Marshall Altman (Natasha Bedingfield, Amy Grant, Frankie Ballard, Eric Paslay).

“These are all songs that I’ve written, and I’m proud of all of them. I think people will really see my growth in this project,” Collins says. “Having a hit producer connect with my songs and want to help me bring them to life was a big honor. It’s been so fun working with him. It’s amazing to watch him work and learn from him.” Collins’ new music has been featured in Billboard, Rolling Stone Country, CMT, Taste of Country, and more.

In concert, she often accompanies herself on acoustic guitar, fitting in seamlessly with top-notch musicians that she’s met in Nashville. “A lot of my songs have a throwback feel, which showcases who some of my musical influences are,” she says, citing Patsy Cline, Dolly Parton, Shania Twain, Alison Krauss, and Miranda Lambert as personal heroes. Dedicated to a career in music, Collins hopes to join their ranks.

And like these women, she knows she has to work hard to be heard. It’s a lesson she discovered through her Midwestern upbringing. She says, “I was raised to believe that nothing is handed to you. And if you want something, you have to put in the work to get it. Before I moved here, I was doing over 200 shows a year for five years in a row – all stuff I booked myself. I’ve wanted to do this for a long time, and I knew that I had to get my chops up and pay my dues. I was very fortunate to move here with a deal, but I made monthly trips here for a year before that. I drove back and forth from Wisconsin and would stay here for a week or two at a time and build relationships.”

When she’s off the road, Collins dedicates her time to co-writing sessions on Music Row. As she continues to garner new fans through performances and social media, the naturally outgoing singer-songwriter believes that she is forging new friendships, too.

“I am looking forward to going out on the road and playing my new music!” she says. “When people hear my music, my hope is that they will connect to the songs. There is nothing more special to me than knowing that my lyrics moved someone. Music is the universal language that connects us all, and it’s so cool to see that in action.”